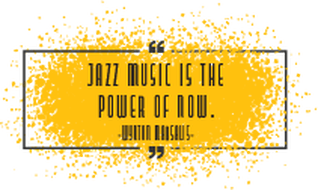 The 6th grade band is performing their first ever sheet music! They have graduated from performing "lines in the book" to real music!
Creatures in the attic
by Brian Balmages

Creatures in the Attic is an exciting and captivating piece of music! Inspired by the boundless imagination of the composers 4-year old son, the piece paints a picture of an attic coming alive. This song is filled with sounds depicting the mysterious creatures emerging from the attic to celebrate nightfall.

Beginning very quietly, the music continuously builds as the event becomes more and more chaotic. Finally, as dawn approaches, the creatures retreat into the shadows, and quietly wait for the following night's celebration to begin.

Brian Balmages offers the following poem to set the tone of the performance:

Creatures in the Attic
I have a little secret
That I’ll no longer keep,
Explaining lots of little sounds
When everyone’s asleep.

Is that wind I hear outside?
Or knocking at the door?
They just may be my fuzzy friends
Making noise between each snore.

They start off very quietly
When all the lights go out;
They check to make sure no one’s watching,
Then start to dance about.

Pretty soon they’re going crazy!
A midnight celebration!
I’m glad they’re having so much fun,
But where’s my invitation?

As soon as dawn approaches,
They start to settle down;
Putting all their toys away,
They cease to make a sound.
​
And then we wake up wondering:
Was it creaking or TV static?
Others may wonder, but now you know;
It’s just the creatures in the attic.
Dragon slayer
by Rob Grice

Dragon Slayer was inspired by the legendary beast of many European and Asian cultures. Often, these creatures are depicted as a fire-breathing beast representing the evils fought by human beings.
​
According to medieval legends, dragons lived in wild and remote regions of the world and guarded great treasures from their dens. The person who slayed the dragon would gained all its wealth. Beowulf, Apollo, and Saint George all became legendary folklore heroes after slaying dragons.

This piece features many unconventional elements such as the use of metal objects as instruments. This is used to depict the intense battle between man and beast!

Colliding Visions ​is described by Balmages as "possibly the most ironic piece he's ever composed". Shortly after being commissioned, the school it was written for experienced financial hardship leading to the cancelling of their band program. This brought new meaning to the piece and changed it from just another performance to possibly the last performance the students would have! This song then became representative of the frustration and conflict with a once unified school that was losing their band. It highlights these feelings while also leaving room for a glimmer of hope and optimism that all would be well.

"​This piece serves as an important reminder that we must all share our passion for music with others. When people look to cut funds, we should state with a firm and unified voice that it should not be from the arts. The arts are crucial to our culture and to our own well-being." -Brian Balmages
The Tempest
by Robert W. Smith

The Tempest is filled with a wide range of emotions and styles! Starting off with an introduction conveying a sense of mystery and impending energy, the piece evolves into a storm being unleashed. Intense and aggressive music erupts as the ensemble barrels ahead! Once it reaches a peak, the music softens to regroup and build back the energy it once showed. Eventually the momentum builds again and again as the ensemble moves closer to the climactic ending.

This ensemble recently received a "1" rating at the Worlds of Fun: Festival of Music (the highest possible)
As Twilight Falls
by Robert Sheldon

Truly a marvelous piece, As Twilight Falls is filled with lush harmonies and beautiful singing melodies across the ensemble. The song is inspired by of the peace and tranquility of twilight on a summer's evening.
Byzantine Dances
by Carol Brittin Chambers

Byzantine Dances is generally meant to portray a set of Turkish Dances. The opening dance is fast and energetic, written in the style of a Roma Gypsy dance. During this upbeat dance, the melody incorporates grace notes that are fun to play, while the harmony and bass line incorporate enjoyable countermelodies and syncopated lines. The slower section in the middle of the piece is written in the style of a Zeybek dance. This type of dance is often performed by a solo dancer symbolizing courage and heroism. The dancer uses out-stretched arms, almost resembling a great hawk. In this piece, I chose to incorporate some uniquely Turkish-sounding elements.

Much of the melodic material is based on either the Byzantine scale or the Harmonic Major scale, both of which produce a somewhat exotic sound. Another element is the use of Turkish Zills, or finger cymbals, which are often used in dances of this region. The Byzantine Empire, also known as the Eastern Roman Empire, lasted from about 400-1453 A.D. and covered much of the area of what is now Turkey. With the conquest of the Byzantine Empire’s capital, Constantinople, the Ottoman Empire began its reign in 1453. After WWI, the Ottoman Empire fell, and the Republic of Turkey was formed in 1923.